Oxidation of Borneol to Camphor

I was not going to bother posting this up, as it lacks in pretty pictures, but ah well. Ended up publishing it on one of the forums and figured it was worth hosting here… I decided to be a bit more “descriptive” to make up for the lack of pictures!

Part 1: Oxidation of Borneol to Camphor.

You can also do things like oxidize an amine to a nitro group (I was never able to confirm this, as back then I did not have a FTIR at my disposal, but I believe it worked, your mileage may vary - some experimental procedures use this route), and the likes.

Oxidation occurs when protons (Hydrogen) is stripped away from a compound, often replacing it with oxygen. Hence oxidation. We use an oxidizing agent to perform this.

In this experiment, we use H2SO4/Na2Cr2O7 as our oxidizing agent, to convert Borneol (a secondary alcohol) to Camphor (a ketone). This is a strong oxidizing agent, and also a suspected carcinogen, so it must be handled with care. Spills of such material are a serious hazard [1].

Experimental/Cooking (Jesse! We need to cook!): 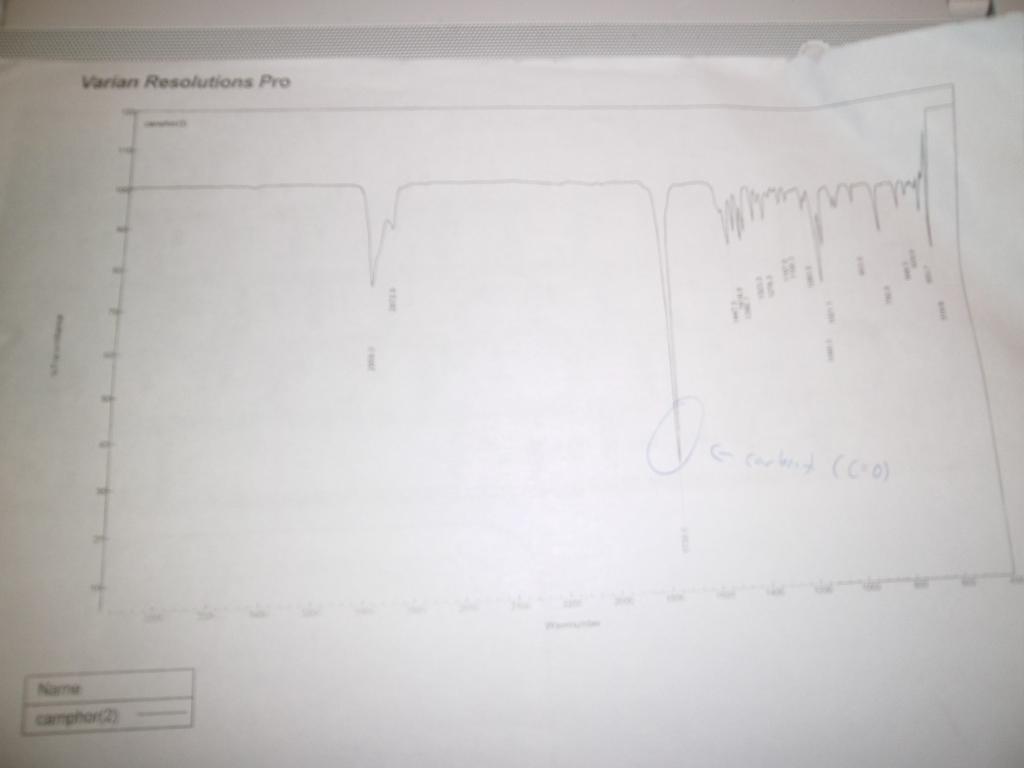 [1] The guy working beside me did not exercise due care while putting the reaction mixture into a seperatory funnel, forgetting to check was the bloody valve closed. As expected, the reaction mixture went absolutely fucking everywhere, making a strange “bubbling” as it hit the table (a plastic coating on the table I think?). The lab techs reacted in a fashion I would expect if he spilled pure bloody cyanide everywhere, decontaminating it with bicarb and such

Also, amusingly, the table is still stained despite repeated washings with bicarb, acetone, and water. Brown “burns” on the surface, which I suspect were caused by it being oxidized.